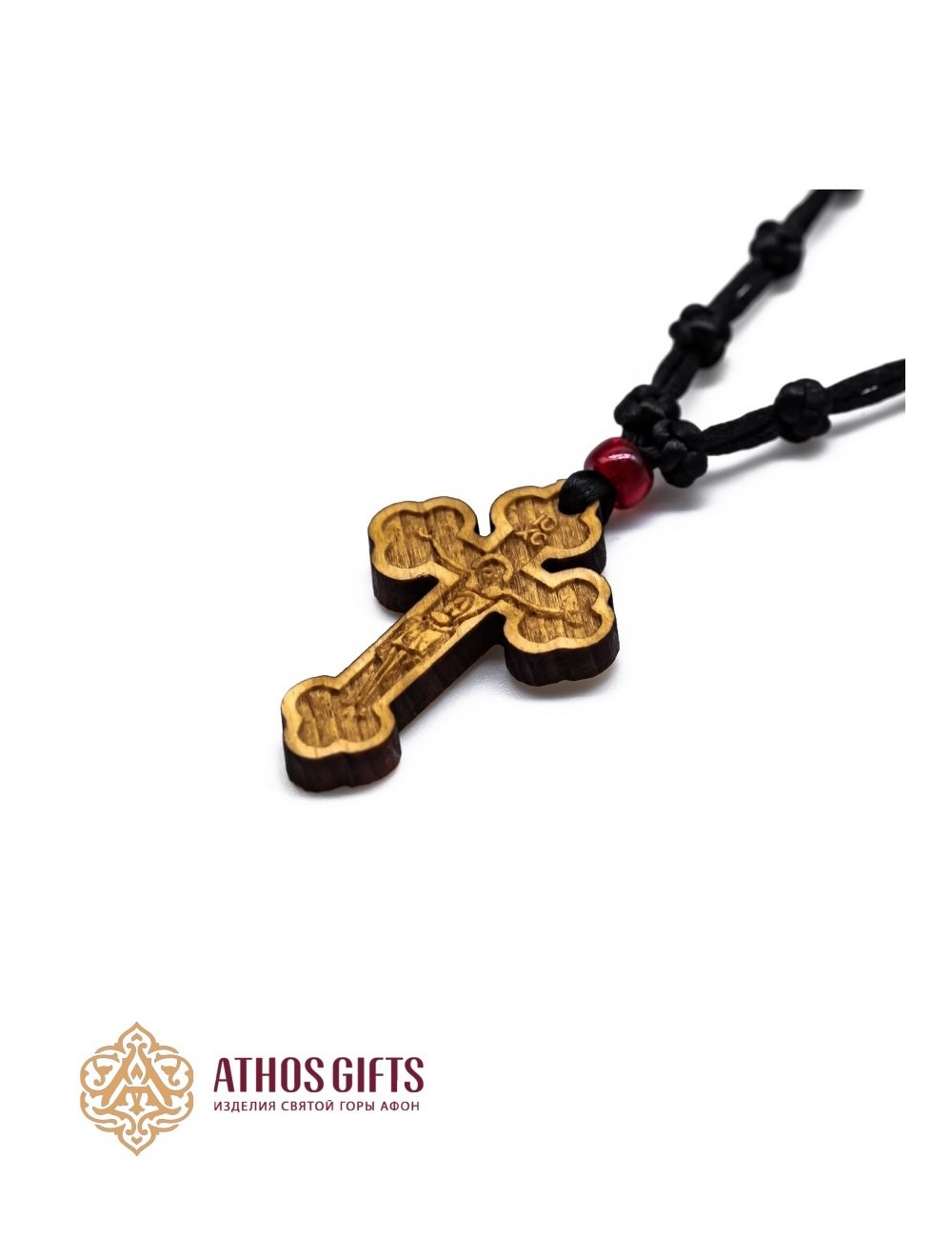 Wood-carved neck cross with a cord with prayer knots. The cross is handmade by the monks of Mount Athos. Dimensions: 4х2,5 cm

The wood-carved cross with a cord with prayer knots is handmade by the monks of Mount Athos. There is a seed bead insert between the cross and the cord.

The front side of the cross depicts the crucifixion of our Lord Jesus Christ. Inscription on the reverse of the cross: Άγιον Όρος (Holy Mountain). 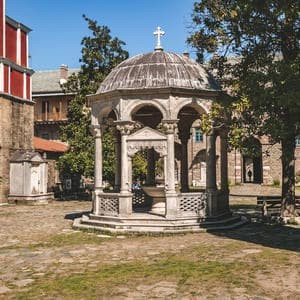 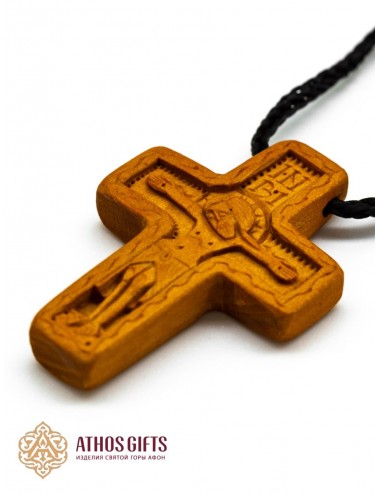 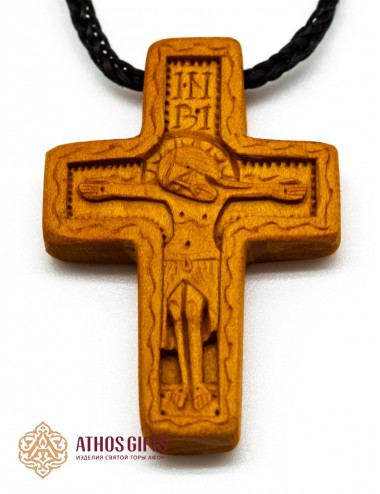 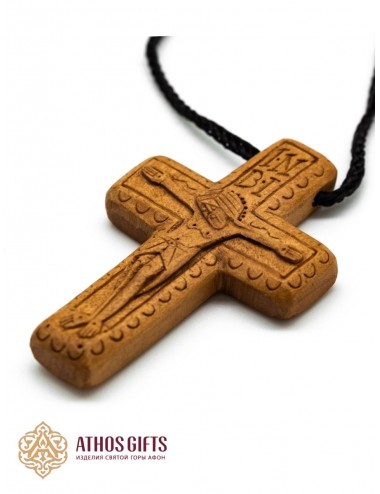 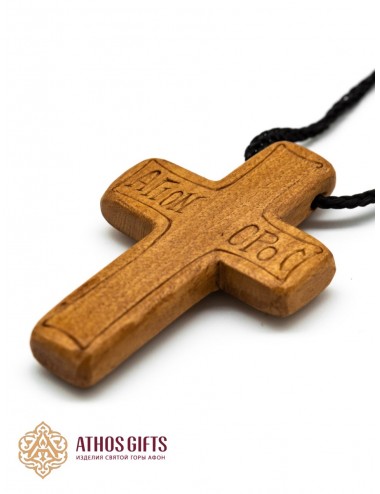 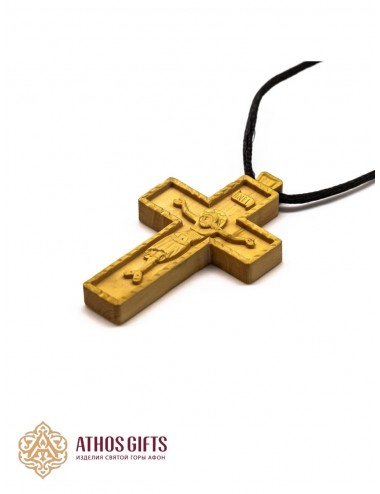 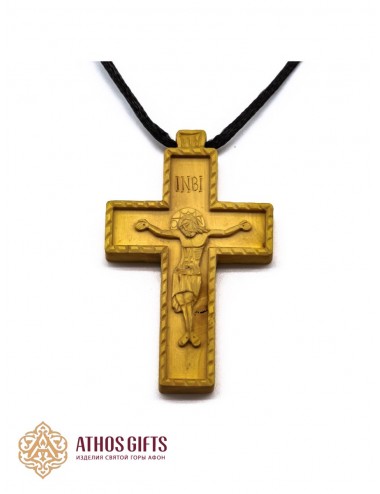 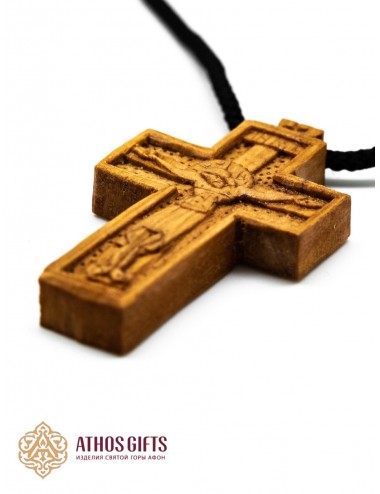 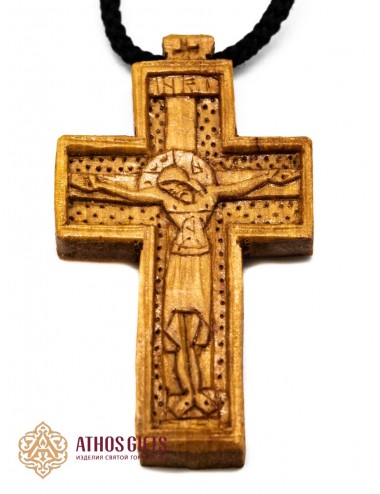 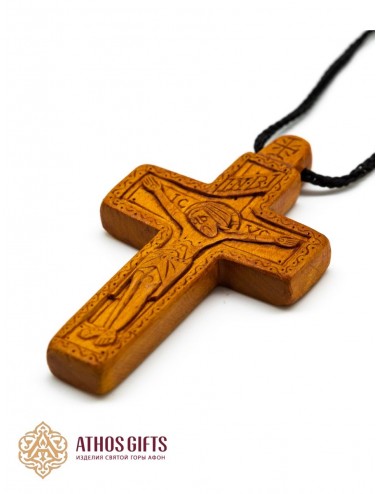 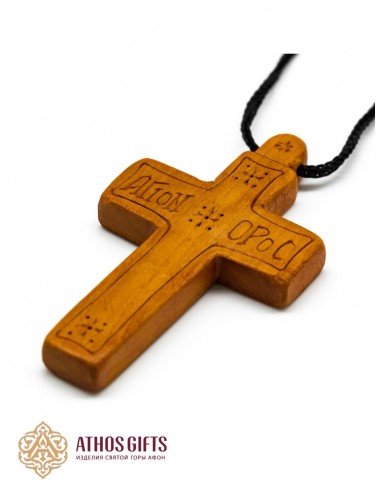 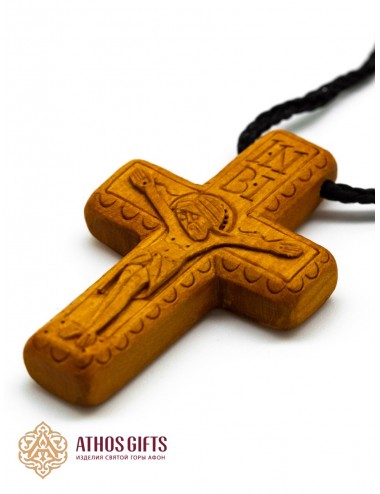 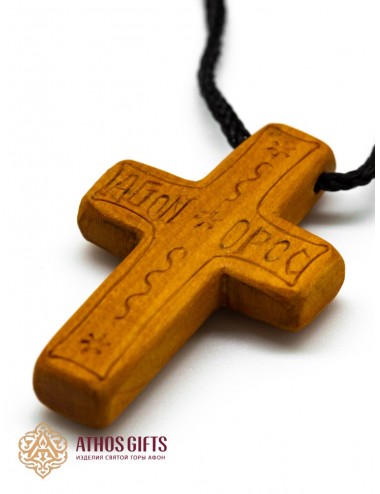 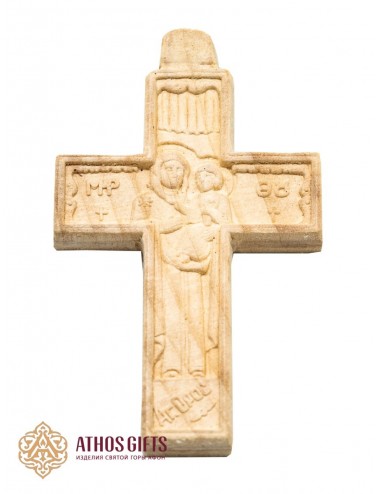 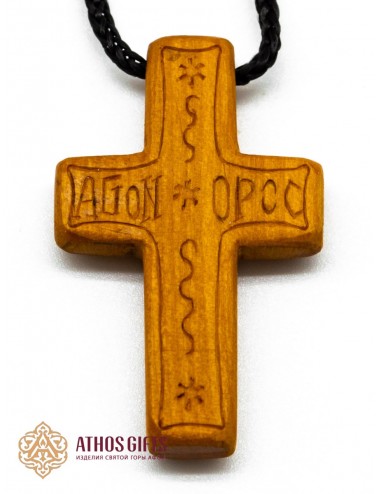 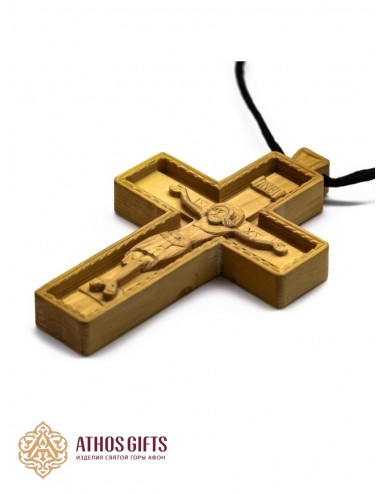 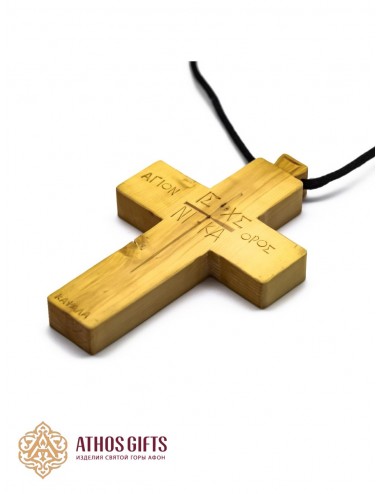 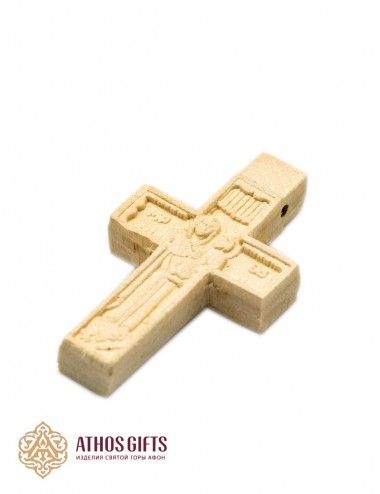 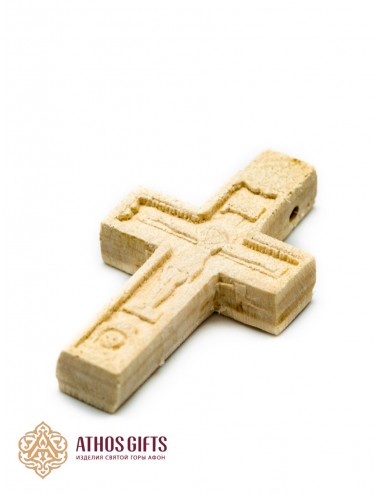 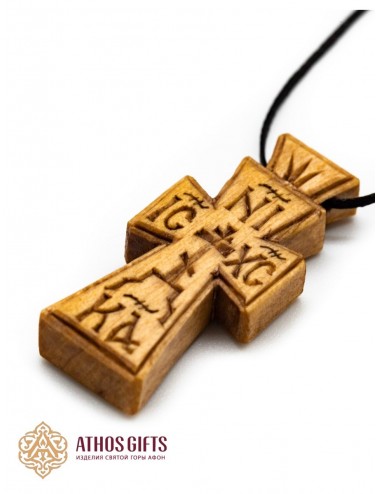 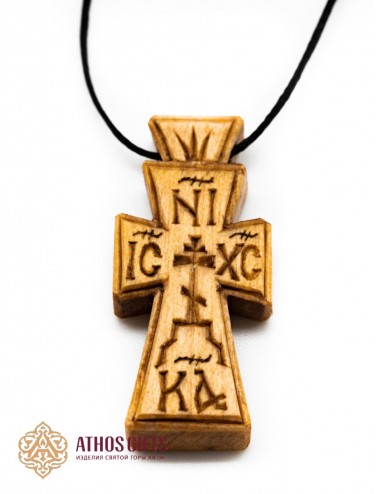