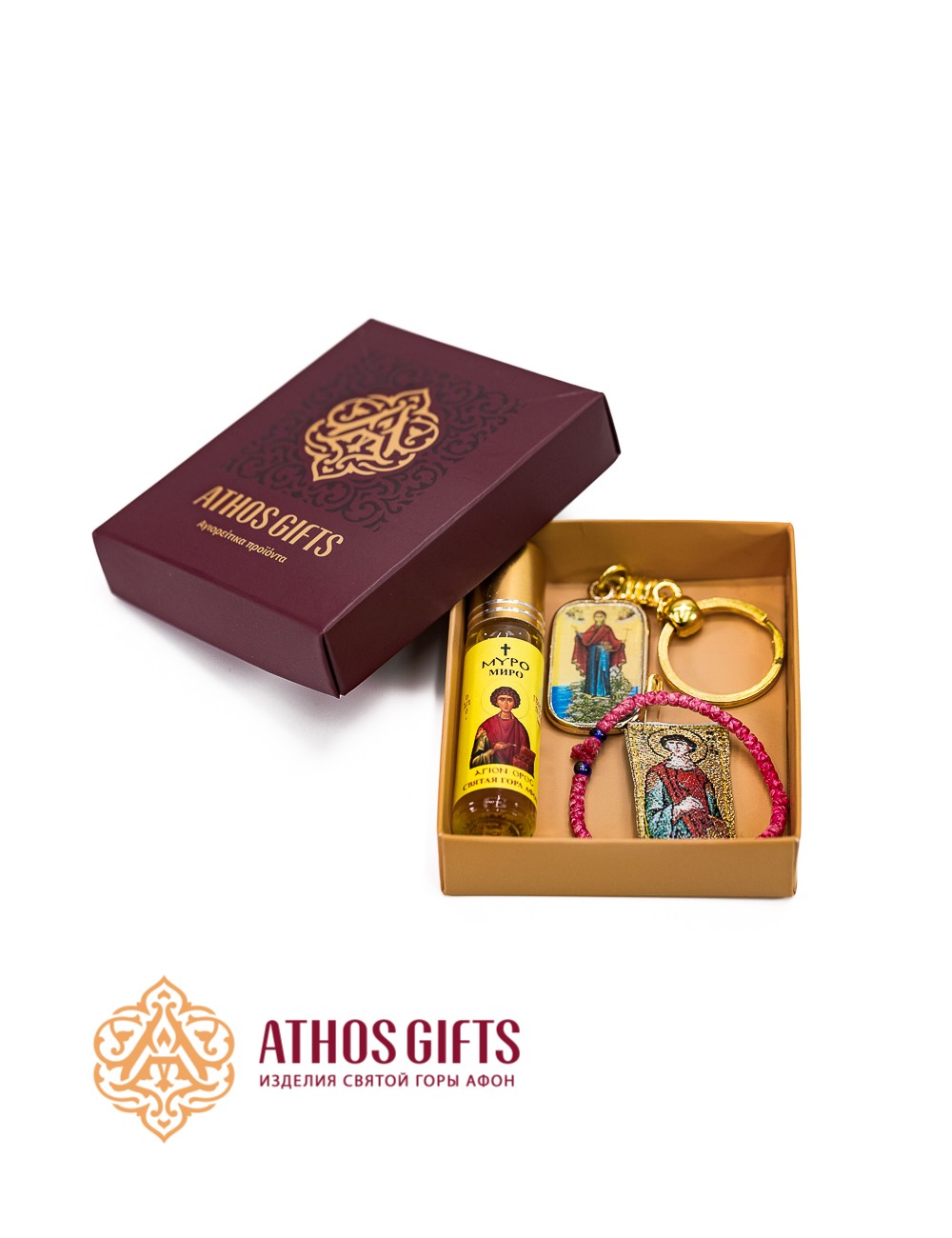 Set consisting of a keychain with the image of the Virgin Mary, a komboskini bracelet, a bottle of myrrh and an amulet

Saint Panteleimon was born in Nicomedia under the name of Pantoleon. His father was a noble pagan and his mother, St. Eubula, was a Christian. His mother wanted to bring up her son in the Christian faith, but unfortunately she died early. So it was up to his father to educate the boy; he sent him to a pagan school, and then to the famous Nicodemian physician, in which science the young man has excelled.

In Nicomedia Pantoleon became acquainted with the presbyter Hermolaus, who introduced him to the Christian faith. After some time he has witnessed a miracle: Pantoleon saw a child killed by a snake bite, and started to pray to Jesus Christ; only by the power of that prayer he resurrected the child. After this miracle, Pantoleon was baptized with the name Panteleimon and devoted his life to the suffering and sick. On the denunciation of other physicians the saint fell foul of the emperor Maximian, who though he favored Panteleimon, was a pagan and an ardent opponent of Christianity. In order to force the saint into renouncing his faith, Panteleimon was subjected to many tortures, all of which he endured with Christian fortitude and humility. After this, in the year 305, the martyr was beheaded.

Greek komboskini bracelets are woven by the monks of the Mount Athos monasteries with prayer and for prayer. The name of the bracelet reflects its essence and purpose: in Greek, kombos (κόμπος) means "knot", and skini (σχοινί) is a rope or cord.

The weaving of the komboskini bracelets is always accompanied by continuous prayer. Tying each knot, monks say: "Lord Jesus Christ, have mercy on me." Due to this, Greeks believe that komboskini bracelet protects the person who wears it. But the bracelets also have a more practical use: like prayer ropes, they are used by the prayers to go through the knots and thus count the number of prayers uttered.

Bracelets are braided in a special way: each knot consists of 9 crosses of cord, symbolizing the nine crosses, or nine angelic ranks. Often seed beads, little crosses or icons are woven into the bracelet. Komboskini bracelets are usually worn on the wrist of the left hand, as it's closer to the heart. Believers often give such bracelets to their family and friends to remember and pray for them.

Fabric amulets are small bags, most often with church symbols or images of saints. They are usually filled with incense or other small objects.

Amulets are used as talismans; for these reasons they are often attached to clothes with a pin, and sometimes worn around the neck on a cord. The amulets can also be attached to the headboard of the bed. 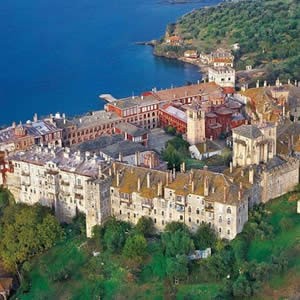 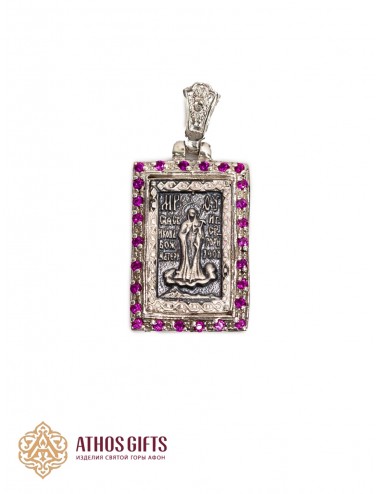 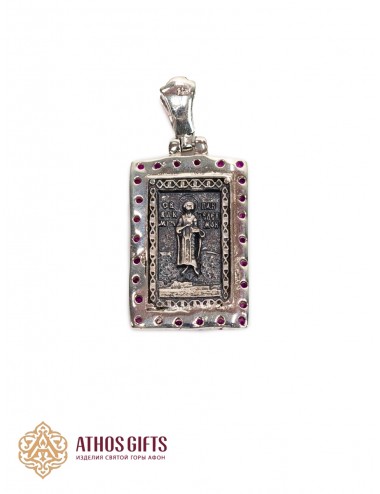 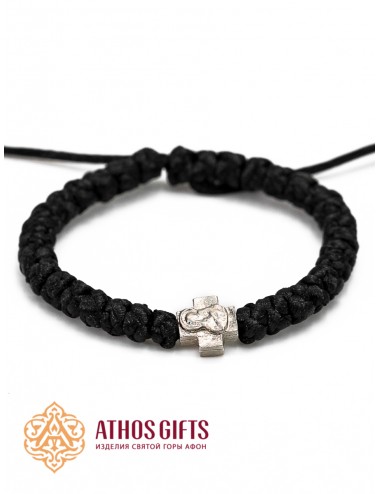 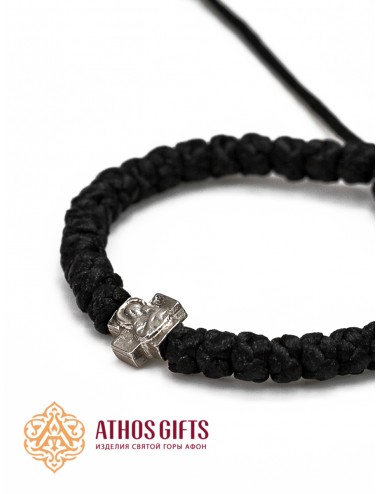 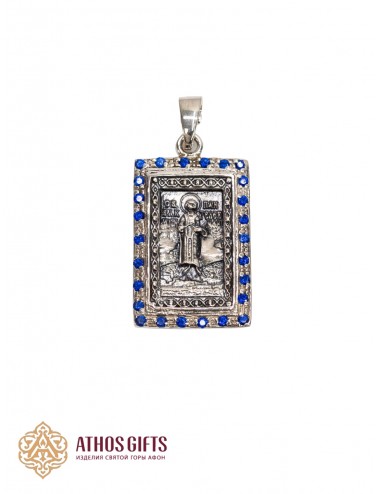 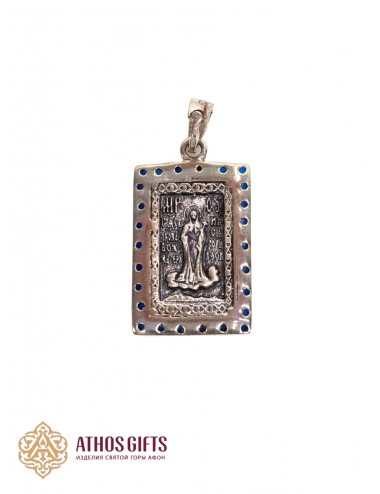 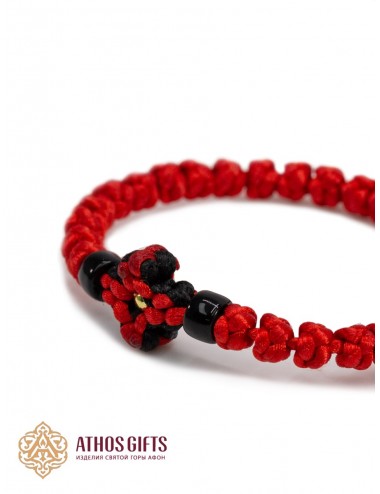 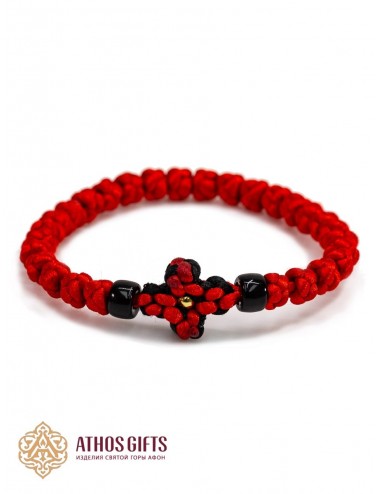 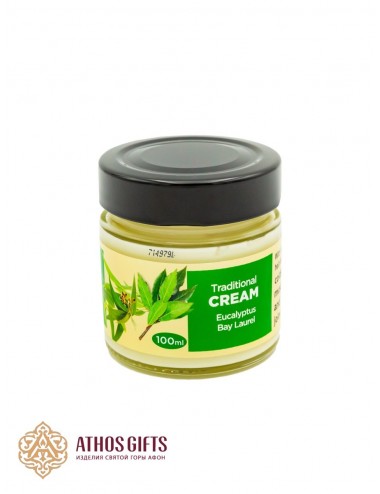 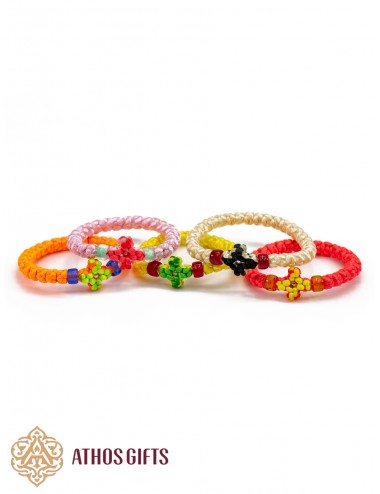 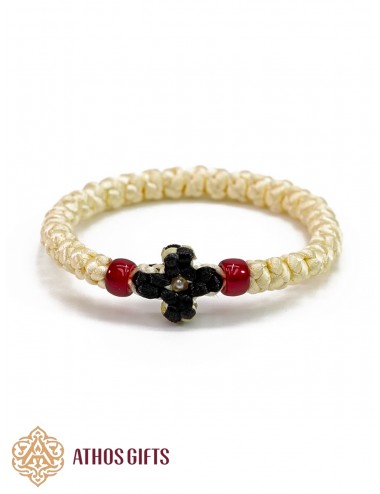 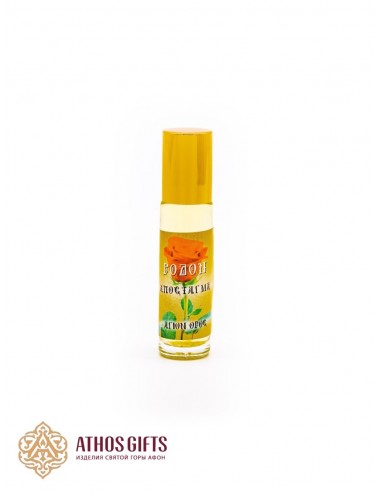 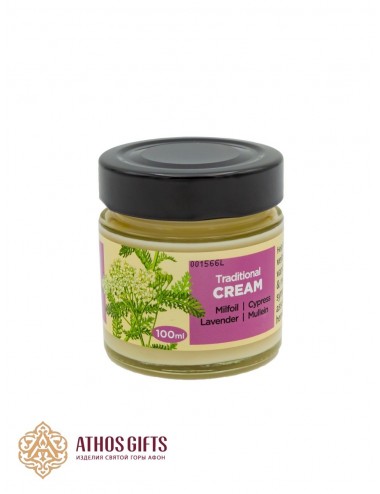 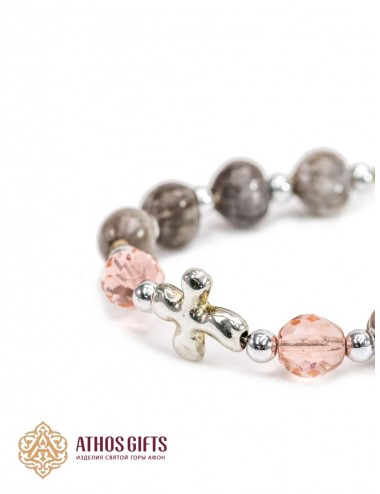 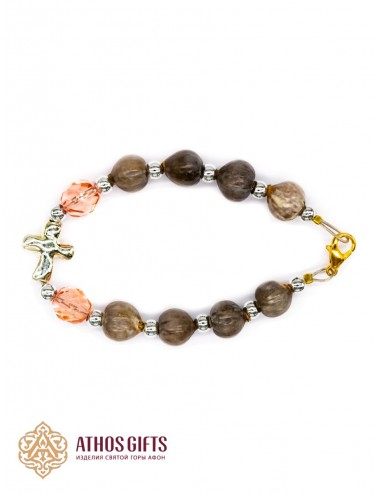 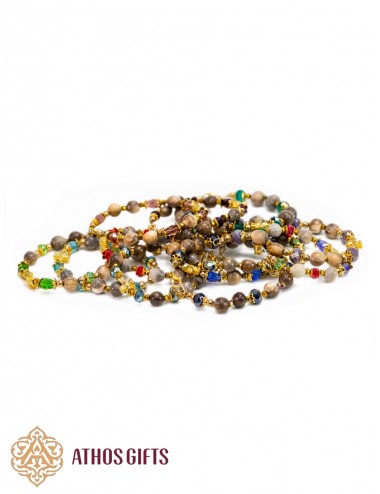 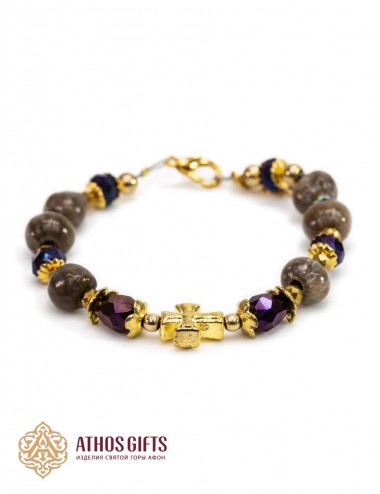 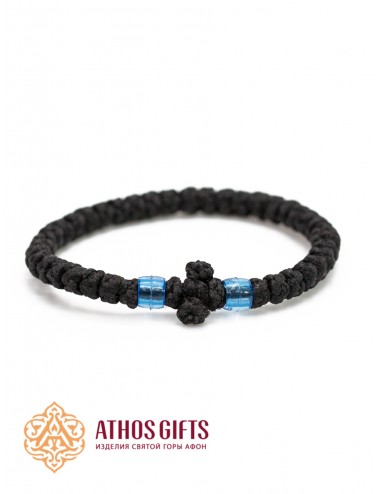 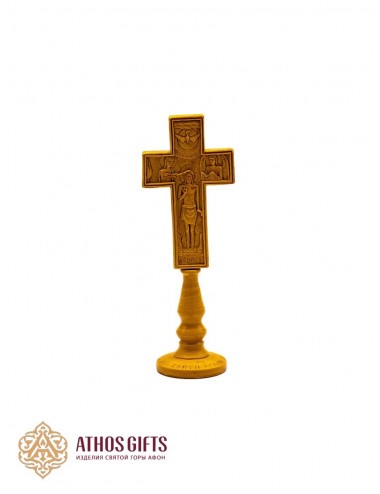 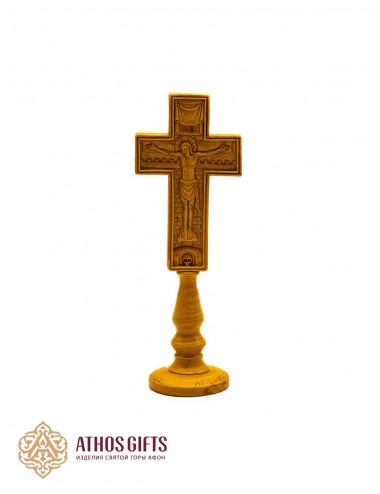 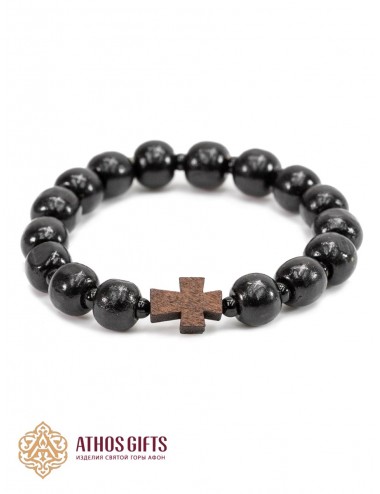 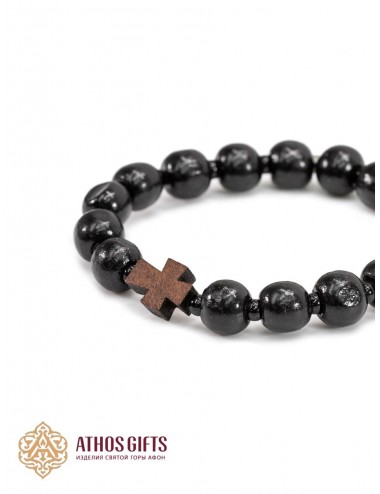 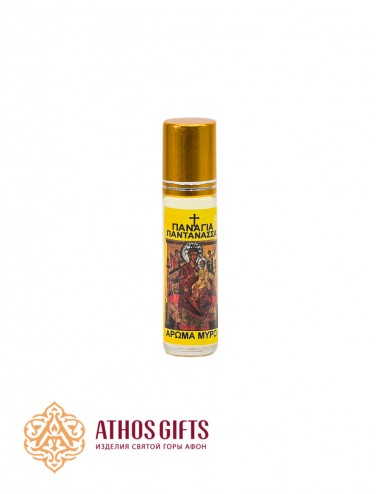 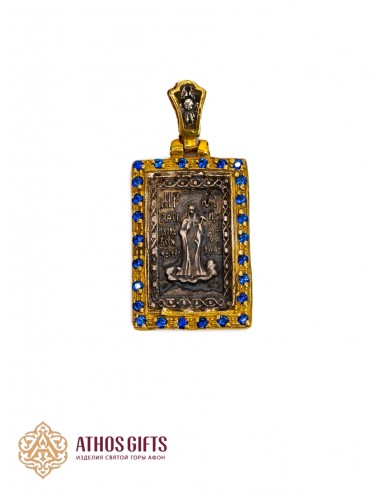 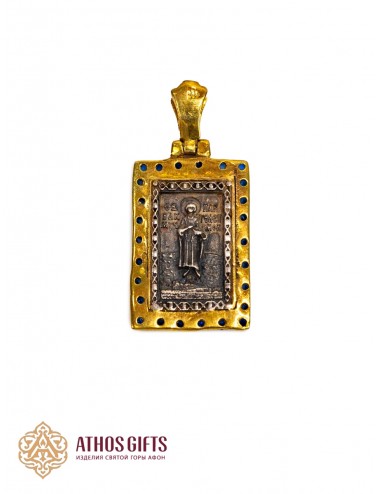 Braided bracelet with metal icon of Mother of God